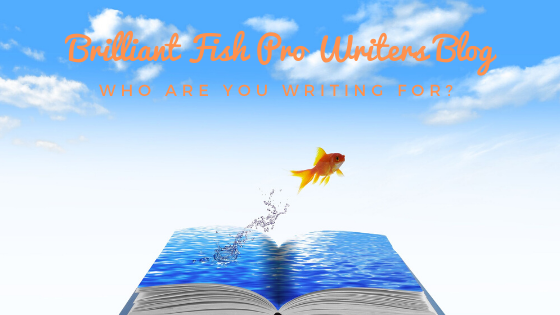 Chances are either you or someone you know has thought about writing a book. A wise person once said: “They say there is a book in everyone…and for most people that’s exactly where it should stay”!! It’s true – there are many people who have produced work that, let’s be generous, isn’t of the highest standard but they have committed it to print anyway. For some, it is more of a vanity project that they have thought is a good idea but not really done much research about whether anyone will actually read it. Or, worse, they just assume the whole world will want to read it without getting (and accepting) any critical feedback.

This is the danger in listening to well-meaning family and friends. You run an idea past them and they’re enthusiastic but it doesn’t mean to say you should actually go any further than that. Same applies to someone inventing a product. How many times have you seen people on Dragons Den with what they believe to be the next best thing since sliced bread only to have their dreams squashed because they haven’t done their research, despite ploughing their life savings into developing it?

So, now to the positives! The first question a first-time writer will usually ask is ‘where do I start?’ Well, I would suggest that you put pen to paper and start writing! Sounds simple, doesn’t it? But until you start, you won’t really know where you’re heading. Don’t think about the outcome before you start. You don’t need to know where you are going to sell the book; you do, however, need to consider the type of book you are going to write.

If you’re writing fiction, you will probably have an outline of a story in your head or even committed some of your ideas to paper. I once heard a brilliant piece of advice and that’s ‘don’t it get right, get it written’. There will be plenty of time (and it will be an absolute necessity) for editing, changing chapters around, checking consistency and flow, and proofreading. Just get writing and let your creativity run riot. Until you’ve written several books and you know there is a specific audience that you can write for, just write for yourself. What books do YOU like to read? Who are your favourite authors? What genre would your book fall into? Be aware but don’t get too hung up on it in case it stifles your writing.

If you are in business and want to share your expertise in book form (this is a brilliant way to raise your profile and position yourself as an expert), think about who your book will be aimed at and what type of information they will be looking for from you. Put yourself in the readers shoes. This will help ensure you stick to the facts and don’t wander off into jargon territory that people may fail to understand. I’ll be giving more tips for writing a business book in future blogs.

Or you may want to simply write a memoir to leave as legacy for your family. I worked with a fascinating gentleman who was in the Marines as part of his National Service and he wanted to commit some of his stories to print for his children and grandchildren. What he produced was a very detailed social history of Britain in the 50s and 60s that I think a wider audience would have found riveting.

Whatever your motivation, just start writing. The bigger decisions like how you can spend your royalties can wait for another day!