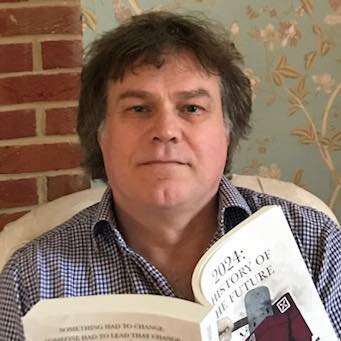 Chris Oswald is a writer based in Sturminster Newton, Dorset who has just published the third in a trilogy called The Dorset Chronicles which  feature Sherborne and the fictional Earldom of Sherborne to a great extent.

The Dorset Chronicles is set in Dorset in the late Seventeenth century, a time of enormous change and development for the whole nation and often, in Chris’s opinion, overlooked. This period settled England as a parliamentary democracy with a constitutional monarchy. It also saw the first steps towards religious toleration, modern government and scientific and geographic discovery. But all these developments were made through turmoil and unrest. Rebellion followed rebellion and nothing was certain except uncertainty.

http://childpsychiatryassociates.com/treatment-team/thomas-hopkins-d-o/ A Simple Mistake, which was published in August, is the third in the series and covers the development of the country during a crucial time through the lives of two Dorset families and the men and women they encounter on their way. Set in 1689, a year that saw the Bill of Rights and the Siege of Londonderry. Meanwhile, Dorset is turned upside down by those who would do its gentle residents considerable harm.

Book 1 is  Matsubase A New Lease on Freedom, set in 1685 during the mayhem of the Monmouth Rebellion, leading up to the Battle of Sedgemoor, the last battle fought on English soil.

In Book 2,  Emmendingen It Takes a Rogue, is in 1688 and James II, just three years on the throne, has alienated almost everyone. When William, Prince of Orange, arrives at Brixham and marches through Dorset on his way to London, most people desert the luckless and thoughtless James Stuart, seeking a new way forward for our nation.

Book 4 has been started and will be set in 1689 and 1690. It’s working title is  neurontin 300 mg dosage Into Every Life (A Little Rain Must Fall). Again, some characters will roam far from Dorset, seeking adventure or having it thrust upon them, but usually coming back to the county they hold dear.

Liz is working with Chris to take his book marketing to the next level by increasing media coverage, speaking opportunities and promotional activities.